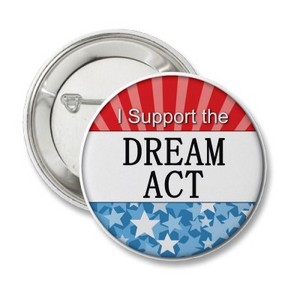 As part of a defense policy bill, the Senate Majority Leader is proposing an amendment which would benefit millions of undocumented people that entered the U.S. before sixteen years of age. The amendment known as the DREAM Act would require, among other things, at least two years of military service or college education.

The DREAM Act will still require an applicant to demonstrate admissibility to the United States, such as good moral character.

This amendment is by no means amnesty. Those that are inadmissible due to criminal convictions, terrorism, persecution of others, public safety concerns, or fraud may still be subject to removal proceedings. The proceedings could result in the deportation for those that are found to be inadmissible.

The general basis for the DREAM Act is not to punish the youth that are undocumented through no fault of their own. The majority of these young people are completely assimilated into American society and culture. The amendment would, among other benefits to the U.S., fortify our military and advance the education of our populace which would contribute to U.S. competitiveness in the global market place. As a result, the U.S. Economy would improve.