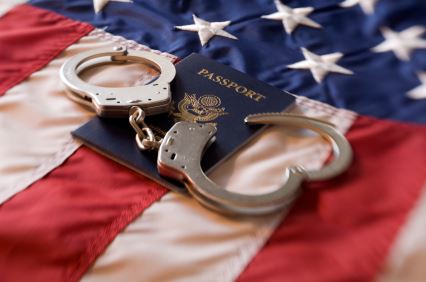 Deportation Defense is an area of Immigration Law which concentrates on defending a person from being deported from the United States. Revilla Law Firm and Miami immigration lawyer Antonio Revilla are dedicated to providing high-quality deportation defense before USCIS, the Immigration Court, the Board of Immigration Appeals, the Federal District Courts, and the Federal Courts of Appeals.

Our goal is to keep you in the United States. There are various forms of relief that are available to those that the U.S. government seeks to keep out of the United States. To avoid deportation certain waivers can be used to accomplish this goal. If you are convicted of certain crimes such as crimes involving moral turpitude, even if they are aggravated felonies, or 30 grams or less of marijuana you may be eligible for a waiver under section 212(h) of the Immigration and Nationality Act ("Act"). A grant of this type of waiver will help you become a permanent resident or help keep your residency depending on the circumstances.

If you have a conviction for an aggravated felony which occurred before April 24, 1996, and before April 24, 1997, for certain crimes, you may be eligible for a waiver under former section 212(c) of the Act. A grant of this waiver will result in preventing the loss of residency.

If you are accused of committing fraud, including marriage fraud, by the U.S. government you may be eligible for a waiver under sections 212(i) or 237(a)(1)(h) under the Act.

If you are inadmissible based on a health-related ground you may be eligible for a waiver under section 212(g) of the Act. Once again a grant of this waiver will help you become a lawful permanent resident.

The requirements for each waiver vary, so they should be thoroughly examined through a consultation with a competent Immigration Attorney. Miami Immigration Lawyer Antonio Revilla handles asylum cases from all parts of the United States. To be eligible for asylum, past or future persecution based on political opinion, race, membership in a particular social group, including homosexuality, nationality, or other serious harm must be established. While an asylum application must be filed within one year of entering the U.S., there are extraordinary circumstances which excuse the failure to file within the deadline.

Immigration Holds
Revilla Law Firm's unique combination of criminal defense and former U.S. immigration prosecutorial experience provides our clients with the ability to successfully lift Immigration Holds or Detainers. In many cases Border Patrol, Customs and Border Protection, and Immigration and Customs Enforcement will place a hold on an individual who has been arrested for a crime. The result is that this person cannot be released from jail even after placing a criminal bond. Often times this hold is illegal or improper because there is no conviction of the criminal charge.