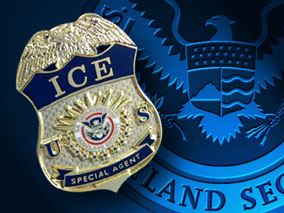 According to a recent report, there have been more illegal immigrants placed in removal proceedings under the Obama administration than in previous administrations. In fact, an October 6th press release generated by the Department of Home Security (DHS) and the Immigration and Customs Enforcement agency (ICE) reported that a record-breaking 392,000 undocumented immigrants were deported nationwide in fiscal year 2010.

The number of deportations marks a staggering 70% increase in removals from the previous administration. According to ICE, approximately 195,000 of the deported individuals were convicted criminals, a strategy that is part of the administration's effort to prioritize deporting criminal aliens who might pose a threat to public safety. The deportation of unauthorized immigrants with criminal backgrounds is being emphasized by DHS and ICE with strict law enforcement policies in an effort to fight crime and protect the safety of the American people.

As immigration issues become more contentious and the need for immigration reform becomes more crucial, many people do not realize that border security is not only stronger, but there are more people being placed in deportation proceedings than in the past. These facts are often understated, leaving many opposed to the concept of comprehensive immigration reform. Traditionally, DHS prioritizes their efforts in detaining criminal aliens; however, it's important not to lose sight of the fact that anybody with an order of removal is still fair game.

The rhetoric among anti-immigration reform politicians has been that they are willing to support some form of immigration reform if there is an increase in border security. The evident increase in border security should satisfy these politicians, along with those who are hesitant to support immigration reform. There is clearly an increase in security since the Obama administration has detained and deported more individuals than under previous administration. Unfortunately, our country still remains divided on the issue and each day more and more families are being torn apart.