Where Do Most Immigrants Live?

According to Pew Research, nearly half (45%) of the nation’s immigrants live in three states: California (24%), Texas (11%), and Florida (10%). Texas, Florida, and New York had more than four million immigrants each. The research also shows that most immigrants live in 20 major metropolitan areas--primarily New York City, Los Angeles, Houston, San Francisco, and Seattle. In Florida alone, most immigrants concentrated in Orlando, Tampa, and Miami. 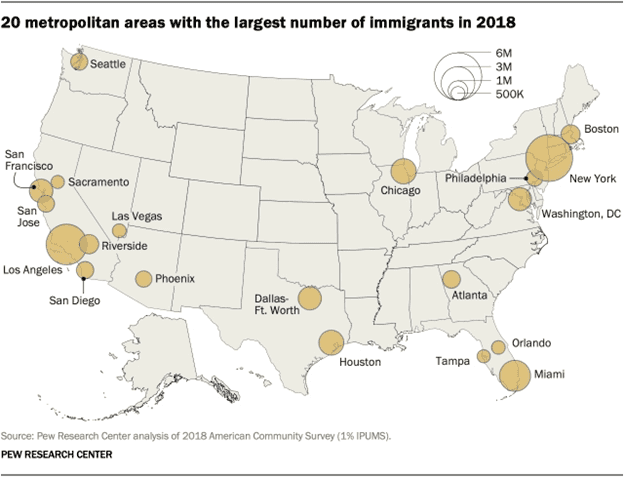 How Many Immigrants Have Been Deported Recently?

Since there is a high level of immigrants concentrated in major metropolitan areas, they are the cities that see the highest level of deportation. Pew Research also discovered that nearly 337,000 immigrants were deported from the U.S. in 2018. That number was considerably low compared to 500,000 average people deported yearly during the Obama administration.

Is the Immigration Population Growing?

If you have questions about obtaining a U.S. visa or need legal defense with your deportation case, our Miami immigration attorneys are here to help you. We stay relevant with the latest immigration law changes and news to provide you with strong legal counsel. Call us today at (305) 858-2323!